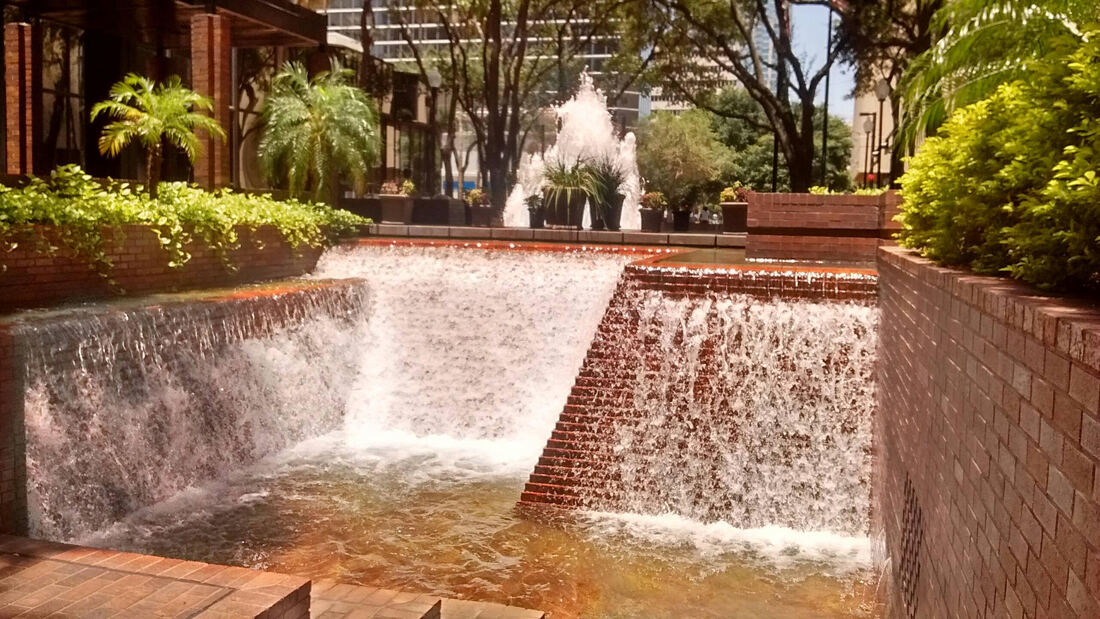 When people have business in the area, they like to walk through the William F. Poe plaza to look at the plants, fountain, and architecture. There are many semi-secluded nooks at different levels connected by stairs. People stop and sit on benches or at tables outside the café. There is also a covered footbridge overhead connecting the bank and the leasing company. This area is mostly in shade and surrounded by trees. It makes a nice place to spend one’s lunch break.

What many don’t know is how much Tampa history is connected to the place. It was the starting point of the 1909 auto race from Tampa to Jacksonville. Later, a forgotten Seminole-War-era cemetery was discovered during construction of an adjacent building in 1980. Finally, the plaza was named after the former mayor Bill Poe.

The plaza is located between East Jackson Street and East Whiting Street and between North Tampa Street and South Florida Avenue.
Written by Daniel Noe