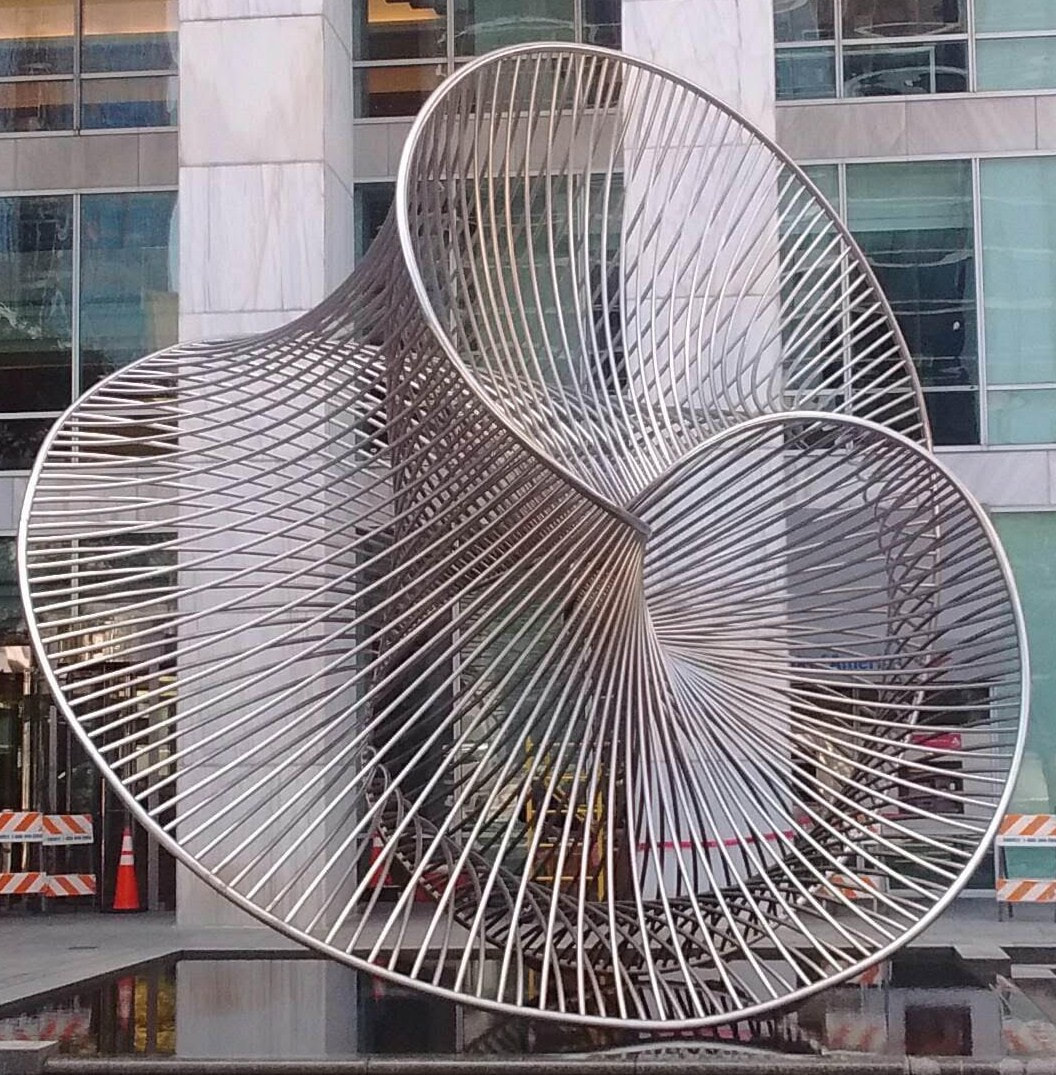 Located at the intersection of North Tampa Street and East Kennedy Boulevard, Solstice is a twenty-eight-foot metal sculpture created by Charles Perry. It livens up the middle of the city. Drive by and admire it sometime. Just don’t forget to pay attention to traffic.

Charles Perry (1929-2011) was an architect who lectured on mathematics and art around the world. His sculptures, now found in several countries, borrow from concepts in geometry and topology. Further explanations are unnecessary because Perry believed that sculpture must stand on its own merit. Solstice certainly stands up quite well.
Written by Daniel Noe