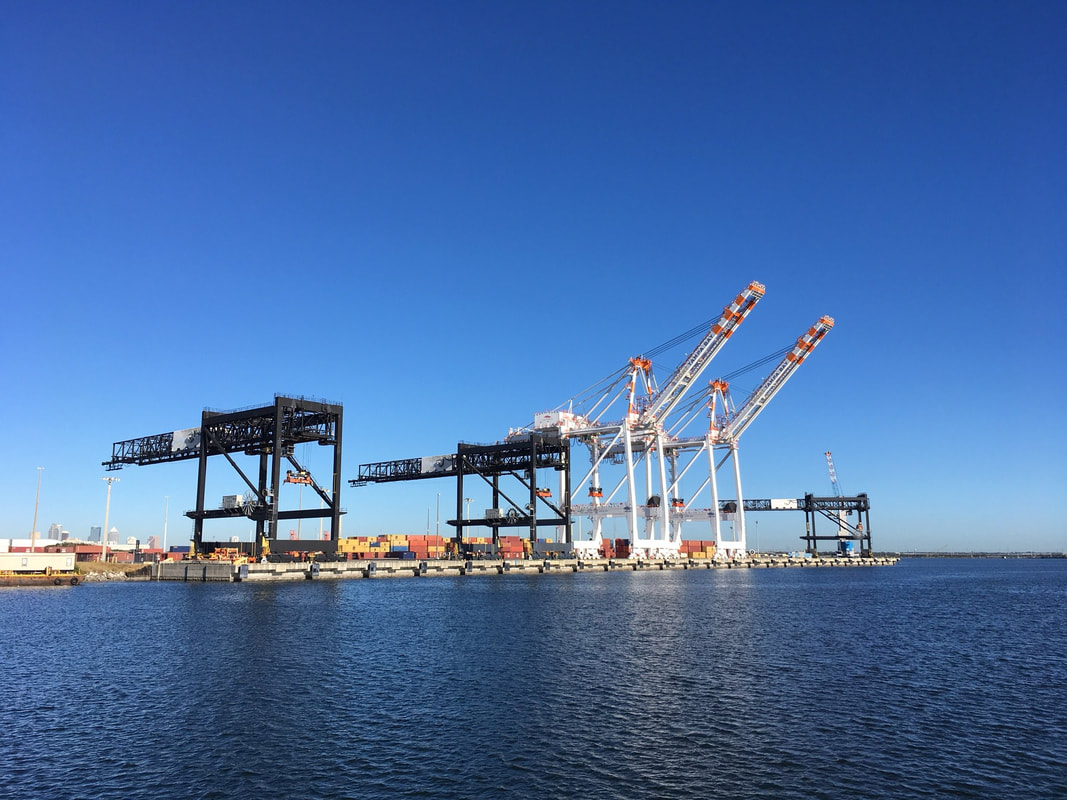 For those who get up early enough, a free educational tour of the port is available on the Bay Spirit Two (which also does paid dolphin tours). It leaves from the back of the Florida Aquarium next to The American Victory Ship. See well-known buildings from the opposite side. Learn the history of how the channels were deepened from twelve feet to thirty feet to accommodate larger ships and how the excess sand was used to create islands such as Davis Island, Harbour Island, and several small “spoil islands” reserved for birds and other non-humans only.
Tampa imports and exports material from all over the world. Pass near giant gantry cranes for moving shipping containers on and off ships. It’s hard to appreciate the size of these until you drive under them. Elsewhere, liquid cargo such as fruit juice is pumped through pipes. Giant silos store grain, phosphorous, sulfur, solar salts, and other materials. There are several dry docks that work by being filled with water until they sink, allowing a ship to slip into them, and then are raised by pumping the water out of them allowing them to float again. This allows workers to clean and repair ships without having to use scuba gear. There are also docks set aside for several shrimping boats and for the sheriff’s department.

The tour is a treasure to many. It makes for a good field trip and is a good way to kill some time waiting for the aquarium to open.
Other Tours on Bay Spirit II
Written by Daniel Noe